QUATER-MILE RACE: A THRILL OF SPEED IN RED & GOLD! 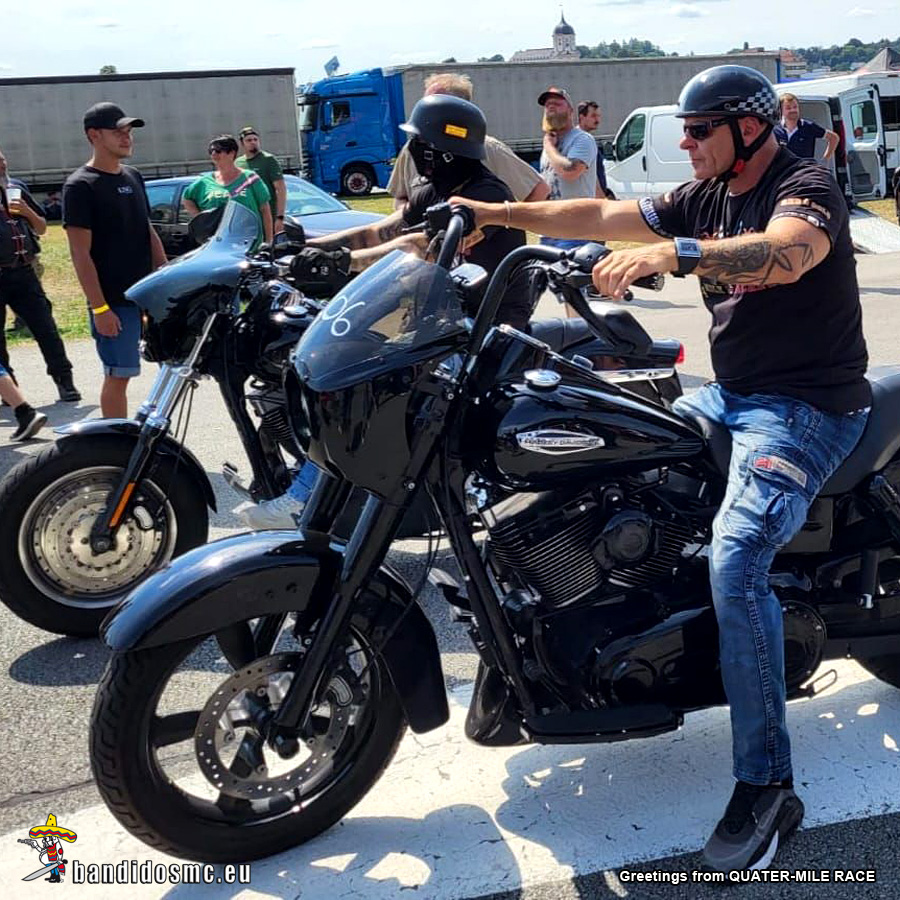 QUATER-MILE RACE: A THRILL OF SPEED IN RED & GOLD!

The little Bavarian town Vilshofen was the scene of a particular spectacle on August 15: The Bandidos MC attracted the eyes of thousands and thousands of visitors as participants in the quarter-mile race at Vilshofen airport. That crowd could not miss the opportunity to attend that motorsport event again for the first time since 2019 after the Corona standstill. There was certainly no lack of “eye-catchers” for the technology-loving spectators with the multitude of racing classes and vehicles competing, but the “Red & Gold Racing Team” still stood out with its team tent and team shirts. At the race of the Harley Davidsons, the visitors were, in particular, crowded numerously, not least due to the Bandidos at the start. 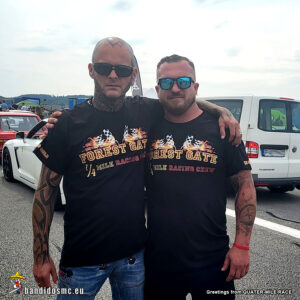 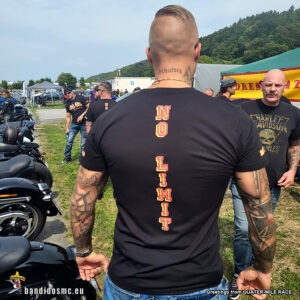 Thanks to the preparation of Chapter Deggendorf on the spot, Bandidos from various Chapters started in the races under the expert eye of none other than Presidente Europe Mike Kok1%er, who had travelled from Denmark. El Secretario Europe Bandido Munk1%er, who also attended the event, did not miss the chance to borrow a Harley and spontaneously enter the competition. That enthusiasm was downright contagious, so the mood barometer for both riders as endorsing Bandidos and cheering supporters rose to match the most glorious summer weather. 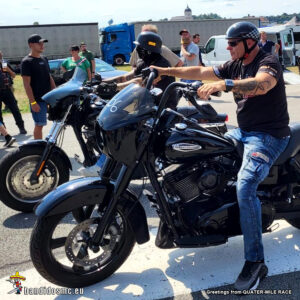 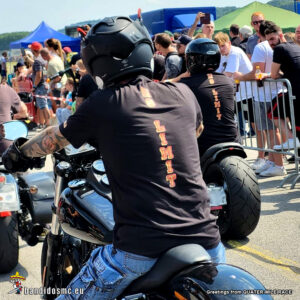 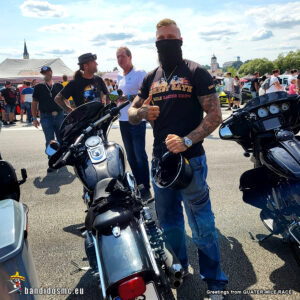 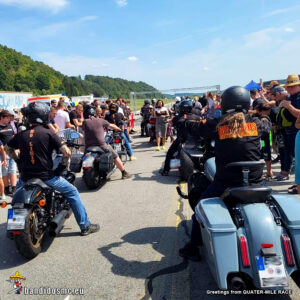 “No Limit”, the back imprint of the “Red & Gold Racing Team”, was not only proven on the asphalt but also by the matter that the Bandidos MC does not allow itself to become excluded from the public life. Those who were present know that regardless of all the placings, the Bandidos MC’s most outstanding victory was to have shown itself at its best at this event.