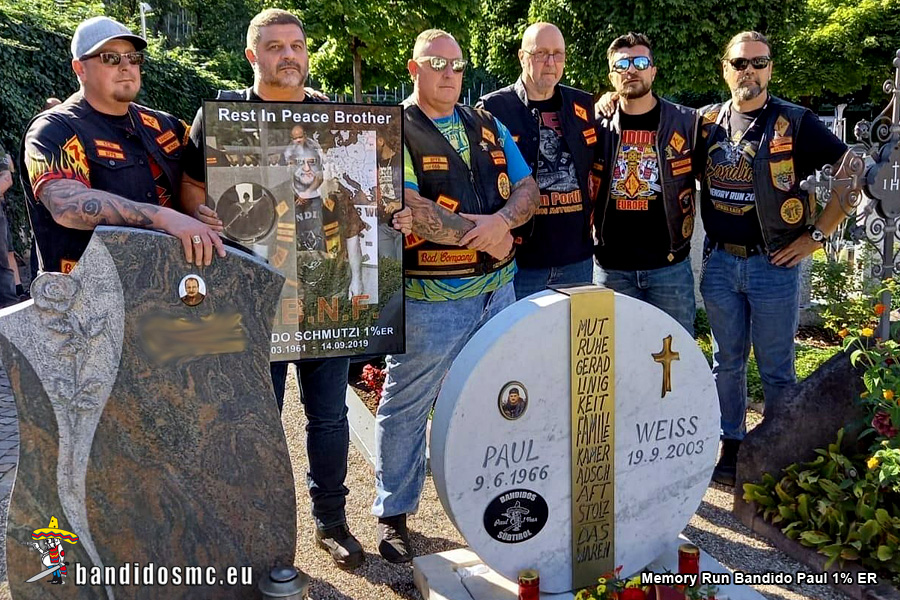 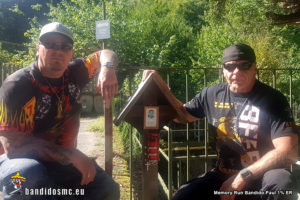 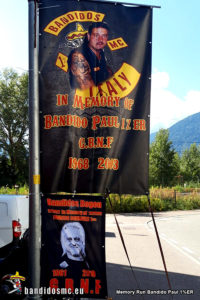 You can recognise the character of a community by the way it honours its deceased brothers. So regardless of the fringe programme Chapter Meran provided its well-known hospitality by opening the clubhouse already on Thursday for the particular party-proved ones who decided to stay a little bit longer.

The local crew proved steadfastness despite short nights to always be responsive as hosts. Although there had already been extensive celebrations on Friday, the commemoration’s red & gold-guard of honour was assembled with their bikes on Saturday afternoon. That Harley convoy attracted the eyes of many interested passers-by as the sound of engines paid our salute to the Forever Chapter. 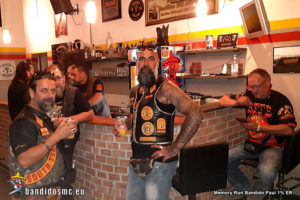 A picture of the deceased Brother of Meran’s Twin Chapter was as well carried along to Bandido Paul1%er’s grave to express the conviction that the bonds of Brotherhood are effective in this world as in the afterlife. 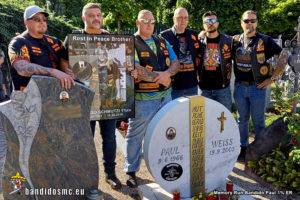 In approximately the same context, some honouring words were spoken, affirming that the greatest honour we can give to the deceased Brothers is to live our Brotherhood based on the three pillars of Love, Loyalty & Respect in such a way that they need not be ashamed of us. 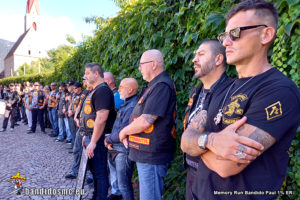 The party on Saturday night was celebrated as if everyone felt obliged to join in co-celebrating for those who are no longer with us. For sure, Bandido Paul1%er and Bandido Schmutzi1%er were not disappointed by the enthusiasm shown of their Brothers by toasting them. El Secretario Bandido Gunther1%er urged not to forget our deceased Brothers and stressed: “Without missing just one of our deceased Brothers less, I would nevertheless like to emphasise that Bandido Paul1%er sacrificed his today so that we could keep our tomorrow – he especially deserves to be shown respect by being present!”

The most crucial conclusion a Bandido can draw from a Memory Run might be: Let us strive always to act as if all our Brothers from the Forever Chapter are watching us.