Fight for our Right – Party for our Brotherhood! 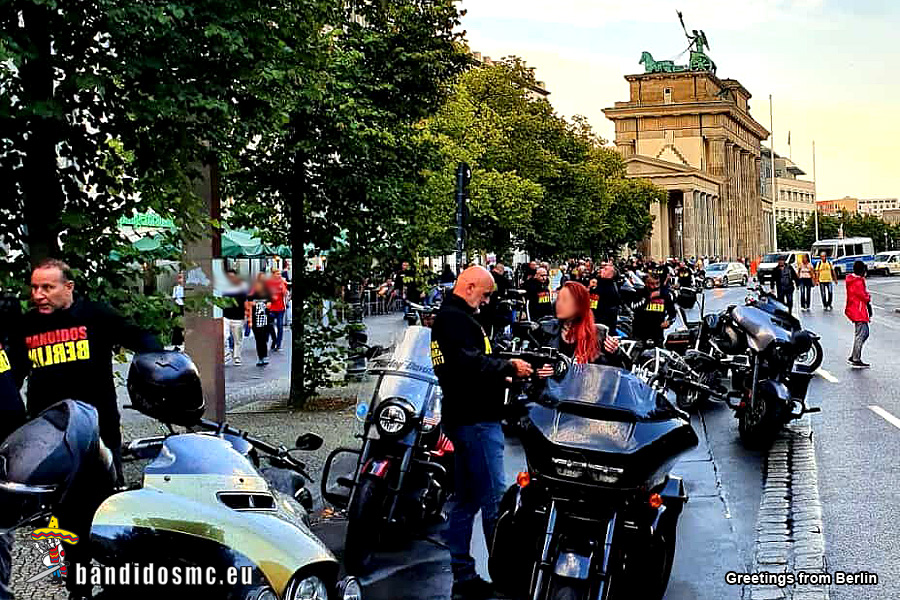 Fight for our Right – Party for Brotherhood! 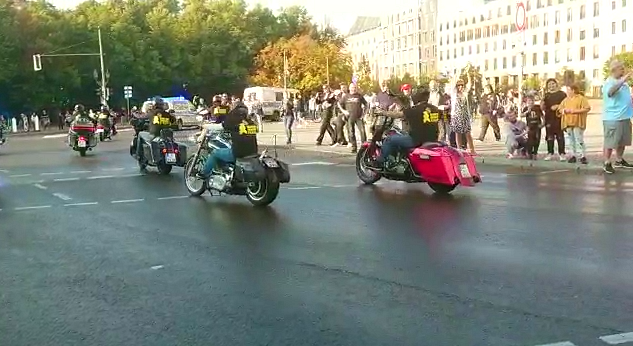 20 years of which every single one proves evidence of Love, Loyalty and Respect is a good reason to celebrate not just due to an anniversary but rather more to visibly appreciate the success of a lifestyle tradition for strong characters against the merely individualist-selfish spirit of the time. On the weekend of September 10th/11th, Berlin City, Berlin Eastgate and Stralsund, three Chapters based on the same spirit, whose wheels were rock`n`rolling in the same direction for two decades, have set an example that their Brotherhood is far from over. However, that weekend Berlin was much more than just a party location: It was a manifestation for freedom of an armada on two wheels in the midst of the capital city´s heart at the Brandenburger Tor. 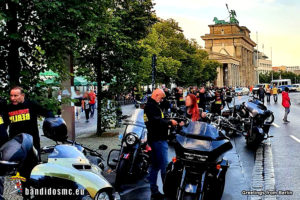 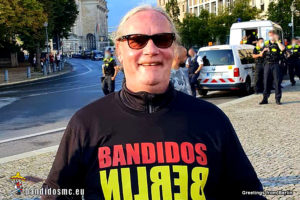 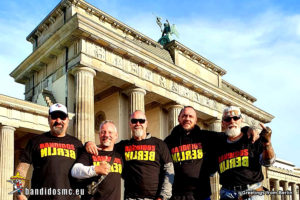 A regime of repression which cannot and, moreover, is not willing to understand that a man gives worth to his vest and not the vest forms the man but his values do, launched a senseless witch hunt against symbols that express the shared identity of old school bikers who define their life as a ride of freedom. Participants from all over Germany and beyond protested under the motto „Freedom is our Religion“ against banning patches as well as sections of motorcycle clubs and other restrictions that obstruct community activities of the MC scene. Bandidos from different European countries – identifiable by particular common shirts as assistive protest equipment – rode together with numerous other protesters through Berlin. 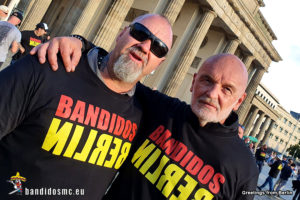 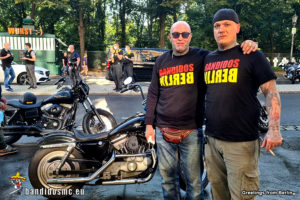 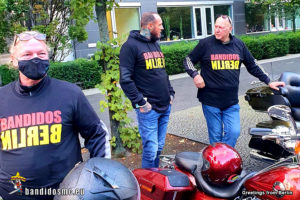 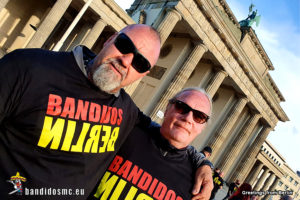 Following that demonstration, the Red & Gold Family once again proved that even the strongest headwinds of life cannot stop the Bandidos MC from laughing and having fun. Already on Friday, a multitude of Brothers did not miss the opportunity to switch into an operating mode for a party marathon. However, on Saturday evening, the party set in as the masterpiece of 20 years party exercise! Food, drinks, music, girls – nothing of what a party needs was missed but most of all, Brotherhood determined the event. 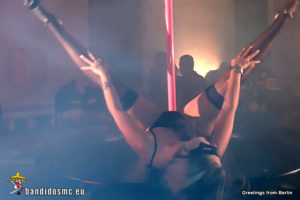 The gifts which the Anniversary-Chapters received gave evidence of the close bonds and to what exceptional degree the Brothers paid respect for being 20 years on the top. Moreover, it could be felt how much it meant to the party crowd to welcome so many attendants of numerous countries, among them Bandido Mike Kok1%er NPE accompanied by other representatives of Scandinavia. 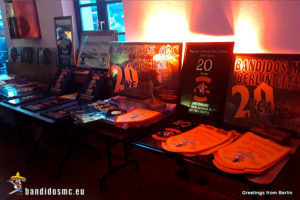 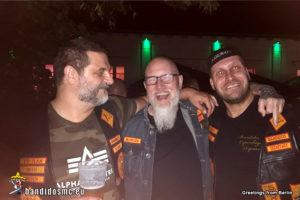 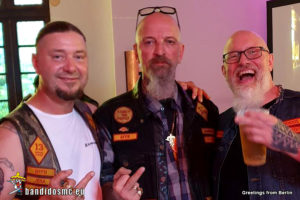 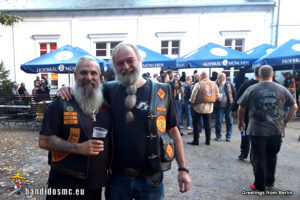 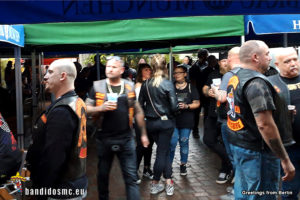 If there is one lesson to be learned from the past years, it is undoubtedly this: External pressure increases internal solidarity! True Brotherhood is a feeling much too strong to be cancelled by whatever authorities` restrictions – the next decades are waiting to live on that dream!