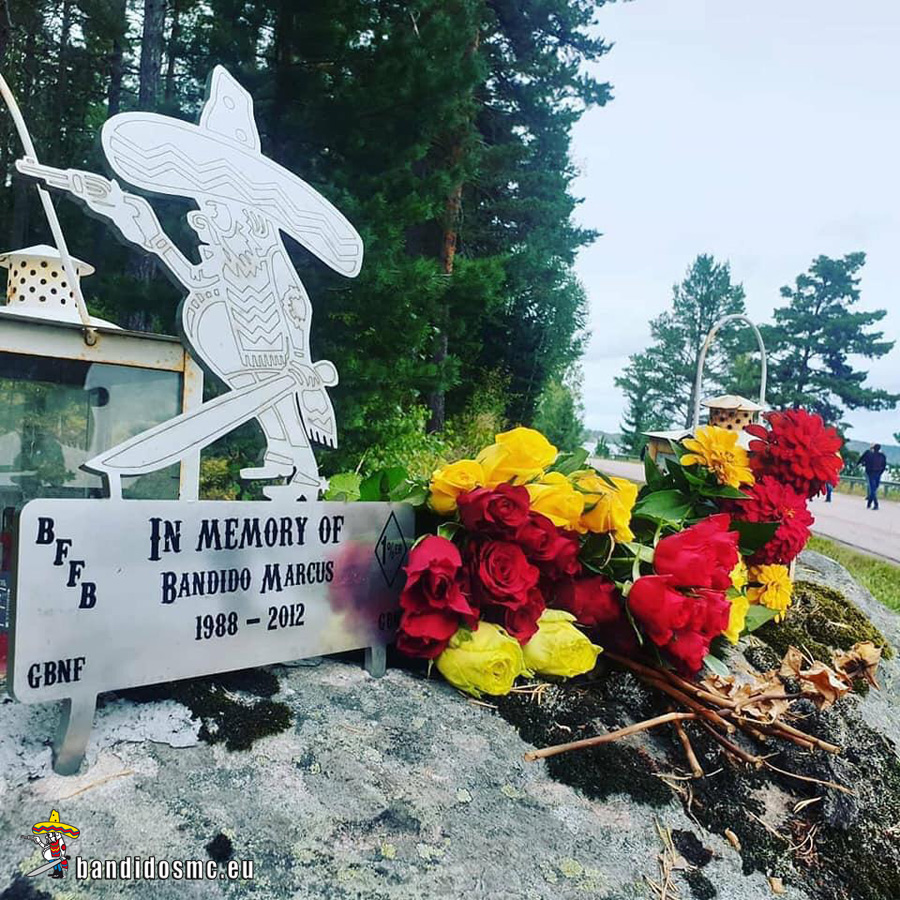 The annual BMC Sweden County Dalarna Memory Run is 2020 hosted by Bandidos MC Stockholm and Support Team X Sandviken. The memory run is in honor of Bandido Marcus and supporter Martin. Bandido Marcus died in a motorcycle accident in 2012 and Martin died by heart failure in 2013. 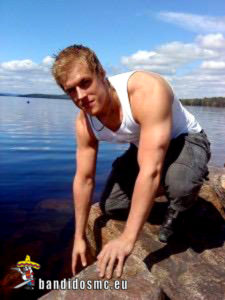 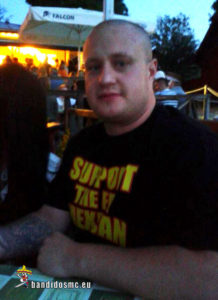 This year about 30 bikes from every corner of Sweden were Bandidos MC have chapters as well as supporter clubs such as Southern Bikers MC Helsingborg and Bear Jaw MC Trestad, gathered at the meeting place by a lake in Dalarna. When the bikers arrived at the meeting place, they were met by a barbeque. Since it was raining until the run started, it was good to get warm food in the body before driving the run 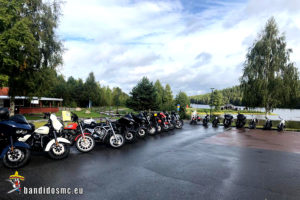 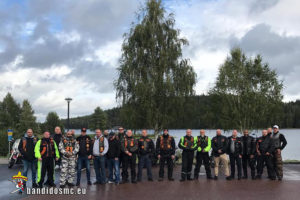 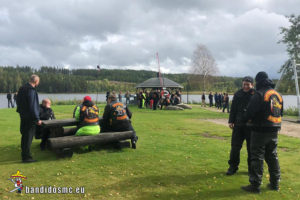 The first stop of the run was at the spot where Bandido Marcus died. A silent minute was held. 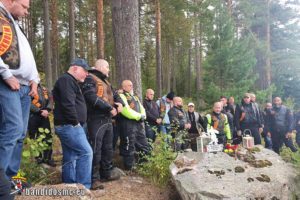 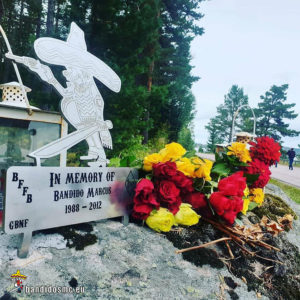 The run continued to the cemetary where Bandido Marcus rests. His mother and grandmother attended. A silent minute was held. 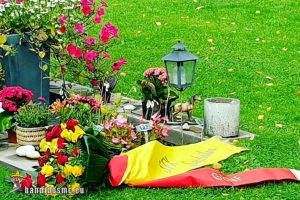 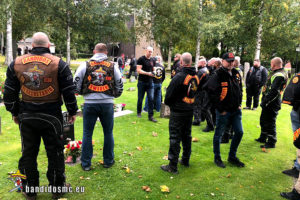 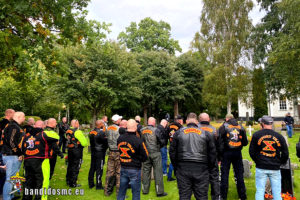 The run drove to the third and last stop; the cemetary were Martin is resting in a memorial grove. A silent minute was held. 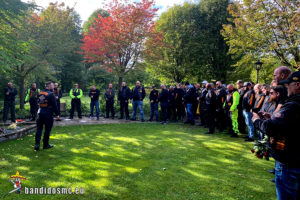 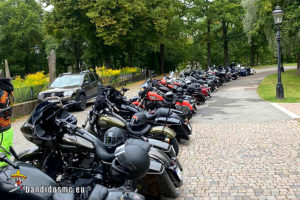