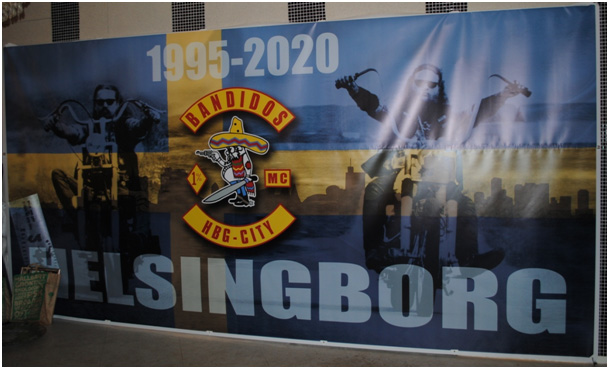 1 February 2020 the chapter celebrates its 25 years anniversary in a party place in the village Hasslarp, only a few kilometers from where the former clubhouse was situated. Brothers from every continent that Bandidos MC is present at worldwide, attended the party; Asia, Australia, Europe and USA. 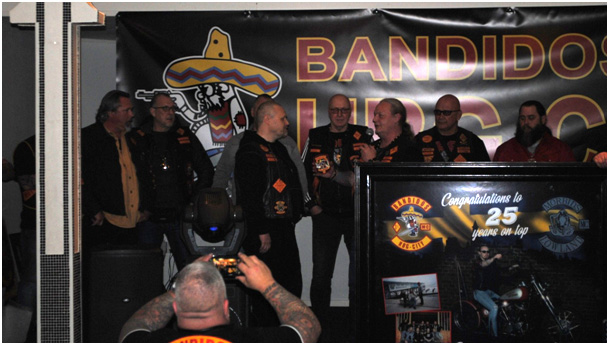 NVP Bandido Lefty 1 %er is from Austin in Texas, and he received a gift in order to celebrate the 50 years anniversary of Bandidos MC Austin, Texas. Fat Congratulations Brothers! 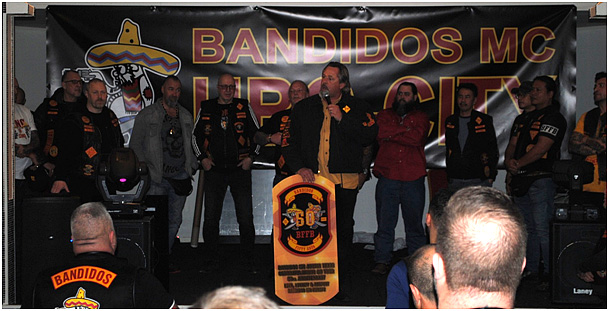 Great food was served to everyone. 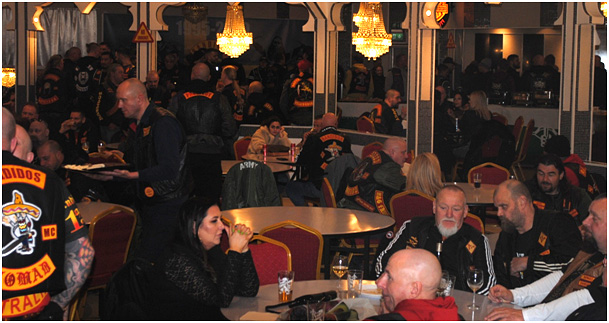 Striptease lifted the mood even more inside. 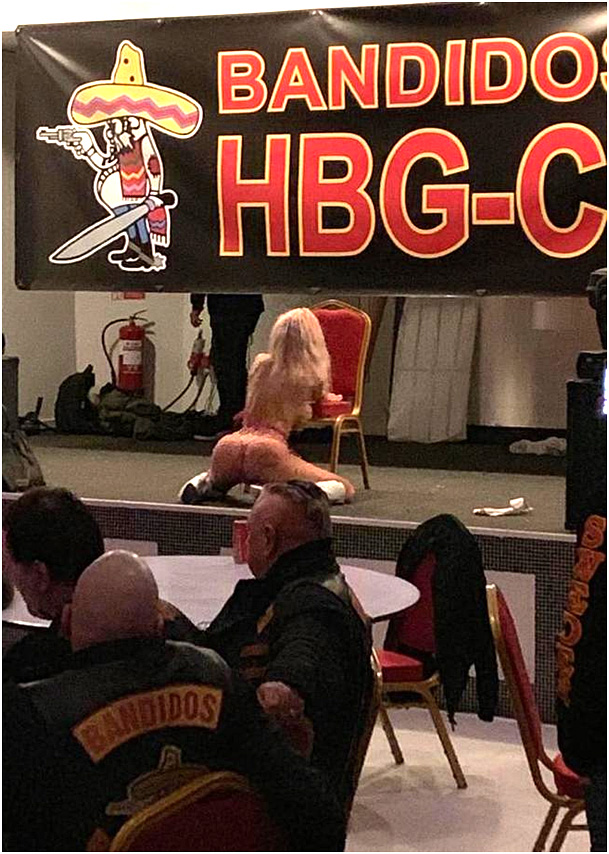 Fireworks lit up the dark night skies outside. 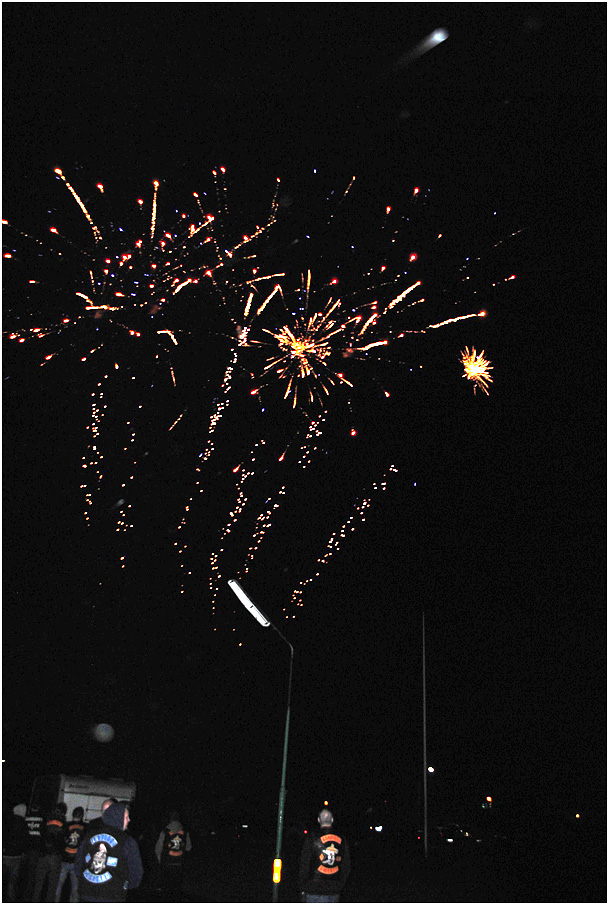 It was a great night of party. We are looking forward to the next 25 years of brotherhood and the party that will mark the 50 years anniversary of Bandidos MC Helsingborg. Bandidos Forever Forever Bandidos.