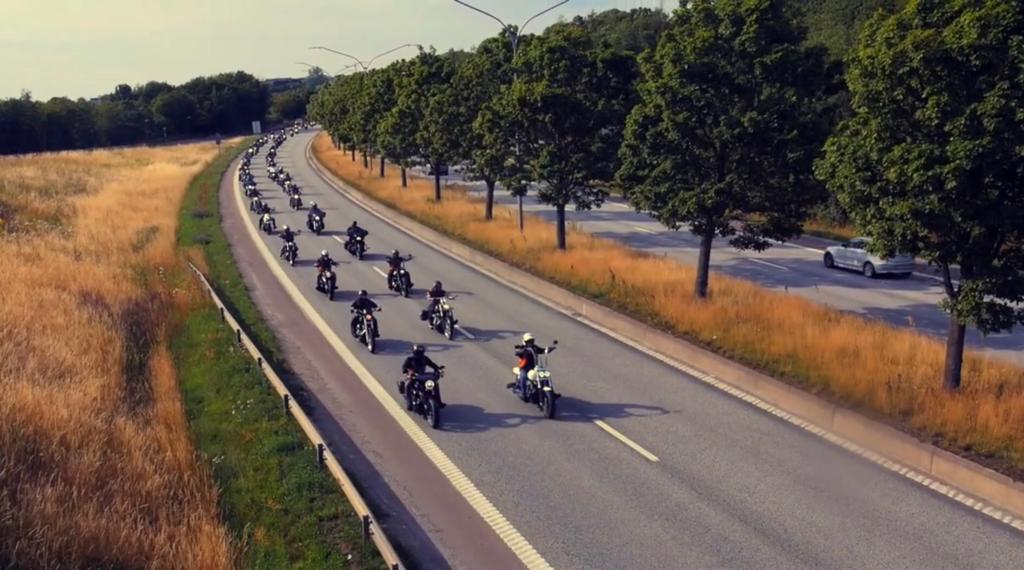 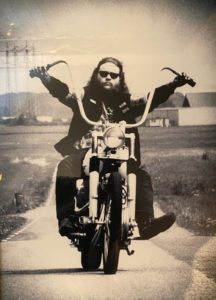 One year later in July 1996 Bandido Face 1 %er in Bandidos MC Helsingborg was shot and killed on his bike in Norway. 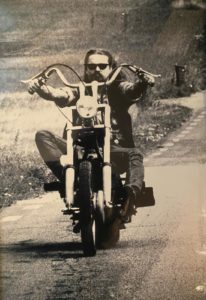 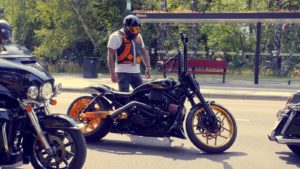 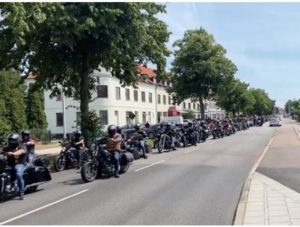 The pack consisted of 164 bikes. We drove from the clubhouse in BMC Helsingborg through the city passing the city hall, to the spot where Bandido Joe 1 %er was shot and killed 80 kms from Helsingborg. 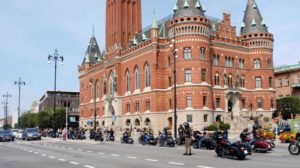 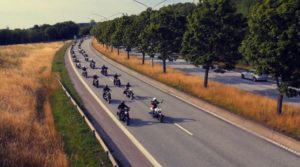 On the spot at the side of the road, we placed flowers and ribbons with words in rememberance. 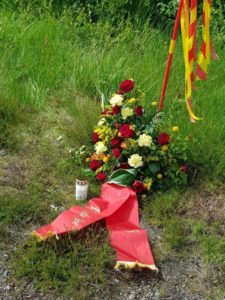 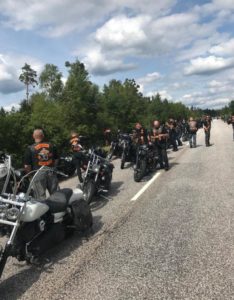 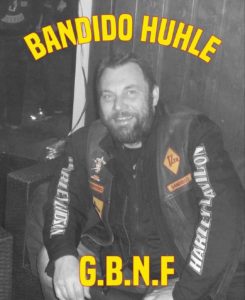 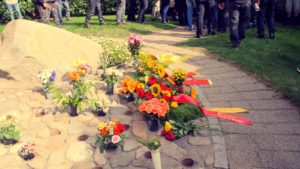 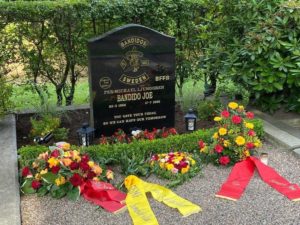 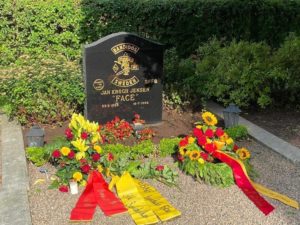 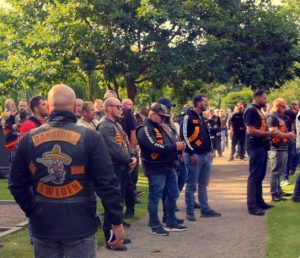 From the grave of Bandido Joe 1 %er and Bandido Face 1 %er we drove to the clubhouse of BMC Helsingborg were good food and drinks were served. 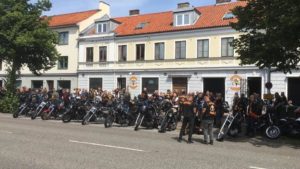 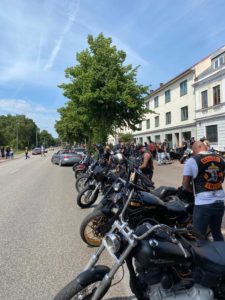 It was a good day for a memory run with many brothers attending and good weather. The sun was shining from a clear blue sky and no incidents despite the many bikes driving in the run. Thank you all for coming and making the event great.

With the words on the gravestone; Bandido Joe 1 %er and Bandido Face 1 %er gave their today so we can have our tomorrow. Our gratitude to you are eternal Brothers. You are always in our hearts and minds. 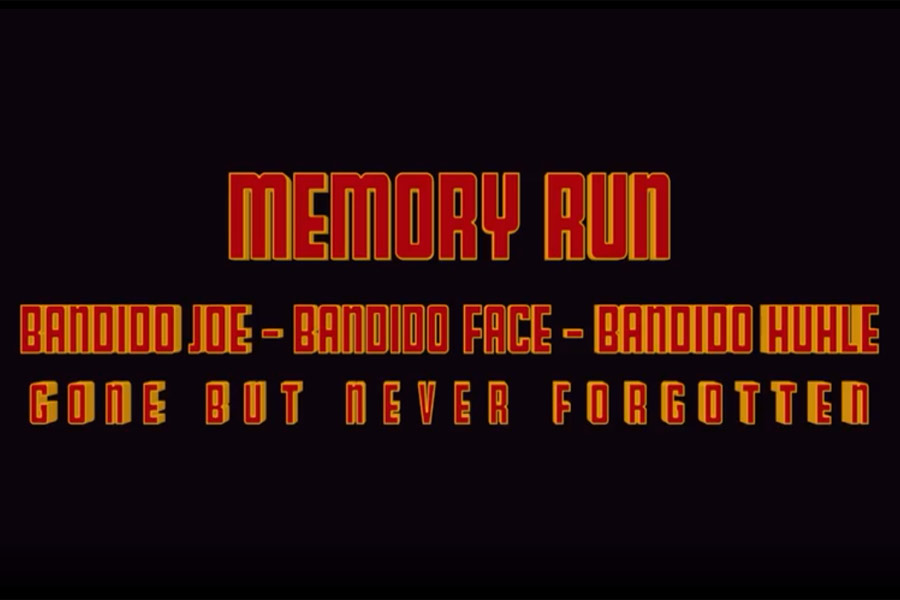