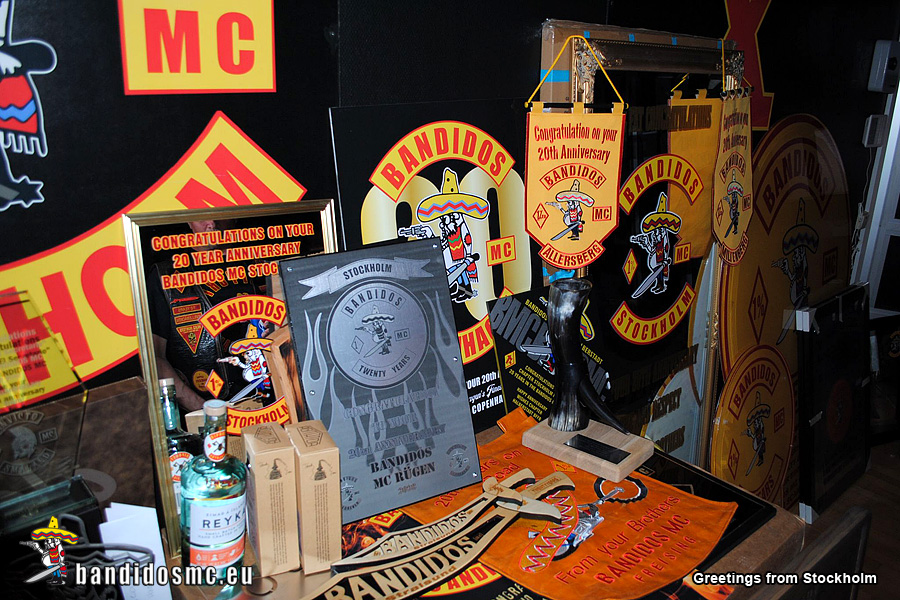 Saturday 23 March 2002 former Prospect Chapter Stockholm became Bandidos MC Stockholm. Saturday 26 March 2022 the chapter celebrated its 20 years anniversary. Guests from every corner of Europe arrived and celebrated the anniversary in the clubhouse. Brothers from Denmark defied the slightly cold weather and made the journey on bikes. Many guests arrived Friday 25 March and then the party started. The clubhouse of Bandidos MC Stockholm was completely full of partying Brothers and the spirit went through the roof.

It is hard to believe that twenty years has passed, it really does not feel like that long time. As the engraving on one of the gifts read “Time flies”. Being part of the best brotherhood in the world has this effect on time. It is pure joy.