20 Years on the Top: Two Decades Bandidos MC in Germany 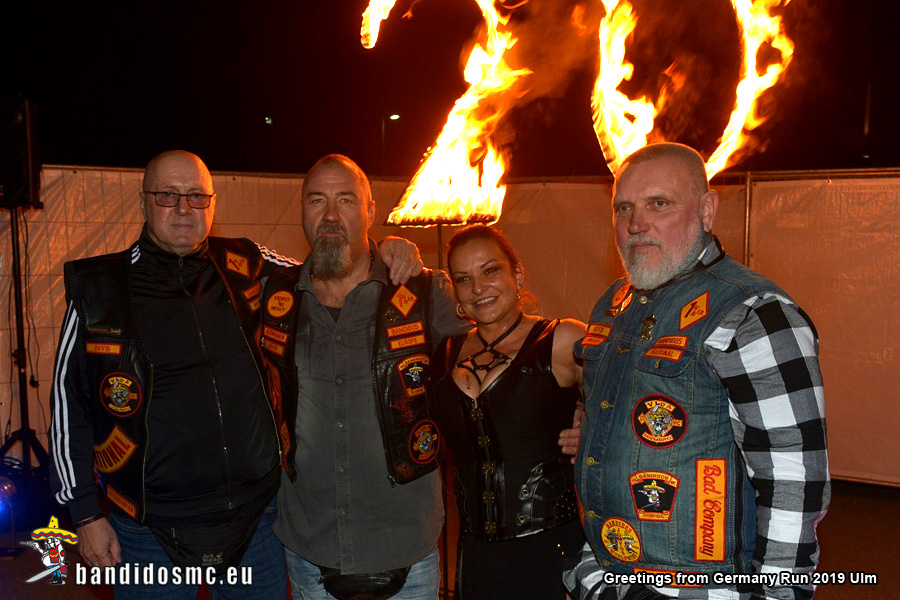 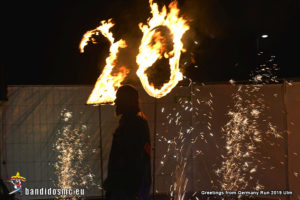 Bandidos MC Germany is definitely not a teenager anymore. The German section of Bandido Nation can look back on twenty years of fun, excitement, adventure, as well as state repression, conflicts with ill-wishers of various kinds, and unfortunately also some personal tragedies. Overall, however, these experiences of all kinds have formed the core element of what constitutes the main strength of this Club – Brotherhood! 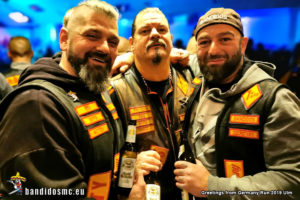 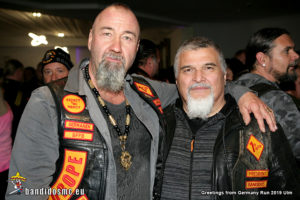 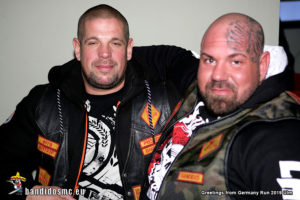 On Saturday, 16th of November, Ulm – commonly known for the church with the tallest steeple in the world (161.53 m) – became the capital of Germany for at least this one day. Every German Bandido-Member who wasn ́t tied on the bed by several broken bones or fever above 40° C attended this Anniversary Run to party in a manner how 20 years of existence deserve to be celebrated. 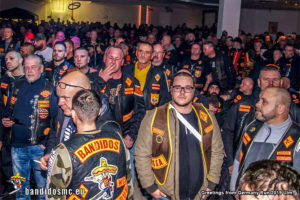 Besides all sorts of drinks, there was plenty of food offered with a buffet mounted of regional specialties – and last but not least – as a highlight for the eyes, the excellent chosen location was enriched by charming ladies which despite the cold season of this year didn’t need all too much clothing, but rather showed scantily dressed and having the fire of youth. Furthermore, a fireperformance contributed in quite an erotic way to the festive character of this awesome evening. This event wasn’t only attended by the German Bandidos, but as well as by Brothers from abroad, and invited guests on friendly terms.
A highlight of this evening was the long list of honorings and tributes in the presence of European Presidente Mike Kok1%er. 40 Bandidos were called to the stage for having been part of the starting crew of Bandidos Germany in 1999. 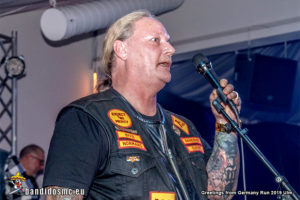 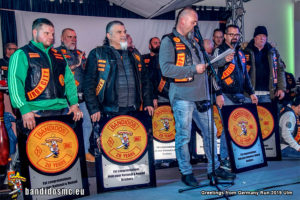 Nor has been forgotten, the ones who departed to the Forever Chapter of these founding Brothers. Seven Brothers got handed out their 15-Years-Patch, six their Ten-Years- and four their Five-Years-Patch. Of course, some German Bandidos left again some rubber on the streets this season, that’s why some Brothers received their Wolfpack-Patches: six Brothers for riding 35 000 km, three for riding 25 000 km and 25 for riding 15 000 km between April to end of September. Last season one could even refer to 50 000 km. Four Brothers were delighted getting their full-colour and seven Brothers got Probationary-status. Chapter Kamen also reached full-colour status. 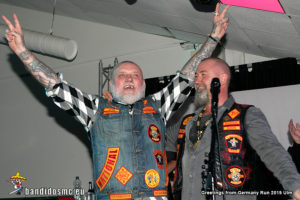 This German Run 2019 left no doubt that 20 years Bandidos Germany is – despite banning the colors in public – far from being the end. This is rather the fundamental background for a bright future of Brotherhood! German founding member El Vice Presidente Peter1%er hit the nail on the head when he summarized: „This anniversary-party brought back memories that had the effect of a fountain of youth, fuelling me for at least the next twenty years.“