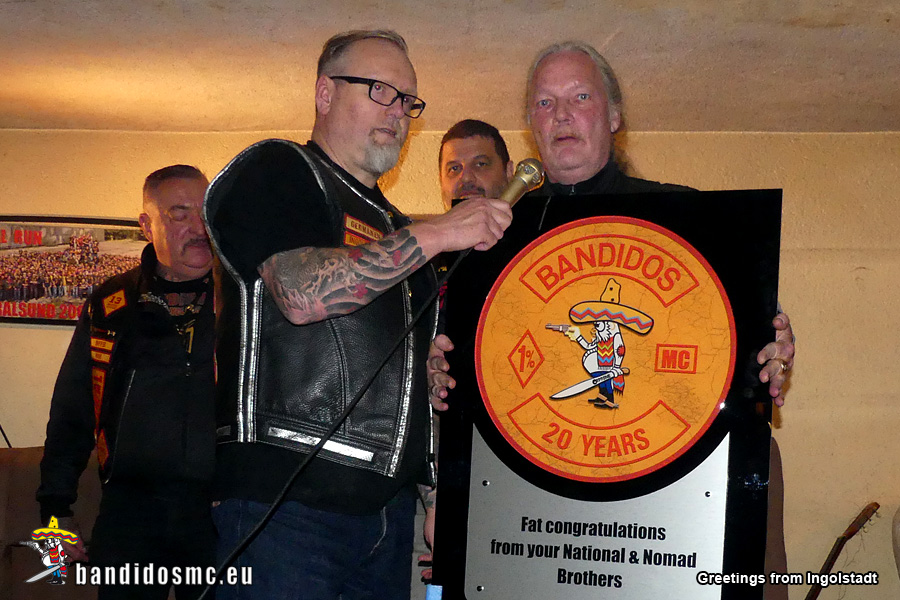 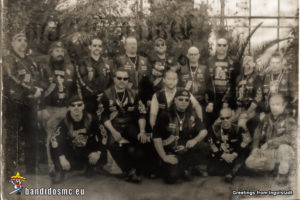 Those who know how to enjoy the present will look back on a wonderful past in the future! – Chapter Ingolstadt is a role model for how to celebrate that lifestyle effectively. For a long, Chapter Ingolstadt made Club-Life a highlight of events by organising Pool-Parties and the traditional Mexican Oktoberfest. However, real-life shows its ups and downs within 20 years, even when being on the top. President Bandido Hubert1%er and Vice President Bandido Balu1%er, both founding members of Chapter Ingolstadt, are witnesses of all the occurrences this long time. Two fatal accidents, which unfortunately also belong to the chapter’s history, count as the worst tragedy, but Bandido Rio1%er and Bandido Fonse1%er were present in the hearts of their Brothers when celebrating the 20th anniversary. 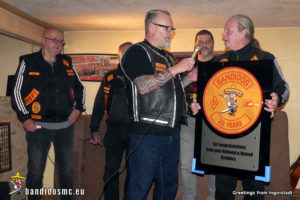 Besides numerous excursions through Europe, Ingolstadt fondly remembers visits from Brothers from the USA and Australia, which provided unforgettable Clubhouse evenings, especially in the early years. Moreover, Ingolstadt has hosted a pan-European Secretary Meeting no less than six times. And since 2011, Bandidos Ingolstadt has received support from a local Gringos Chapter. All those years didn’t pass by without even some questionable occurrences of no welcome character. Noteworthy in that regard are two Clubhouse raids that found entrance into the curiosity folder of the past two decades. The one in 2013 involving no less than 300 police officers. The police forces arrived with armoured cars, and the entrance door was blown up. However, nothing was found, and there were no legal consequences. 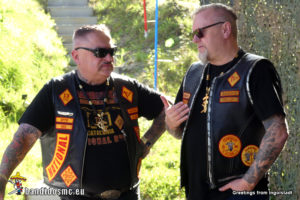 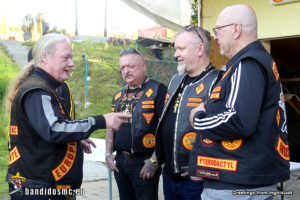 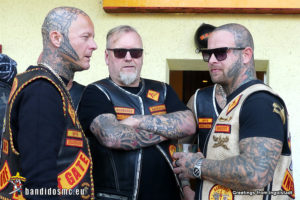 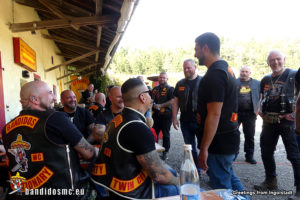 At the anniversary party, the chapter lived up to its history and fulfilled all expectations. Plenty of drinks and excellent food left nothing to be desired, and surrounded by good music; the mood was on the highest levels at any point in time. Most guests arrived early, already in the afternoon, and stayed long – best evidence for a successful event. NPE Mike Kok1%er handed over the anniversary gift to President Hubert1%er and stated that he was fucking proud of Chapter Ingolstadt. That was a memorable evening for several Brothers when they were called on the stage to receive patches due to ten years of membership, becoming Probationary or Full Member. Some Brothers – challenged by Corona limitations – nevertheless succeed in acquiring the Wolfpack patch. Bandido Manu1%er was proud to receive his “2nd Generation” patch, arm in arm with his father Bandido Krücke1%er amidst loud ovations. 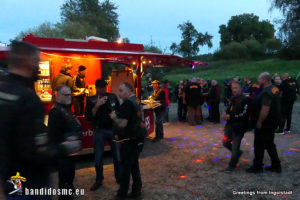 President Hubert1%er put it short but accurate by stating: “We are looking backwards today to recognise our memories as a source for looking forward. It’s far from over yet. We are still motivated for future adventures in our precious Brotherhood.” 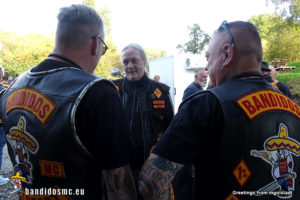 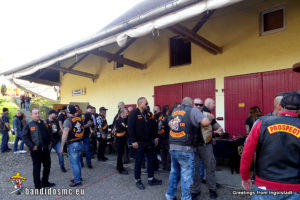 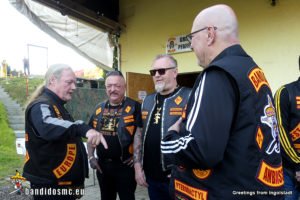