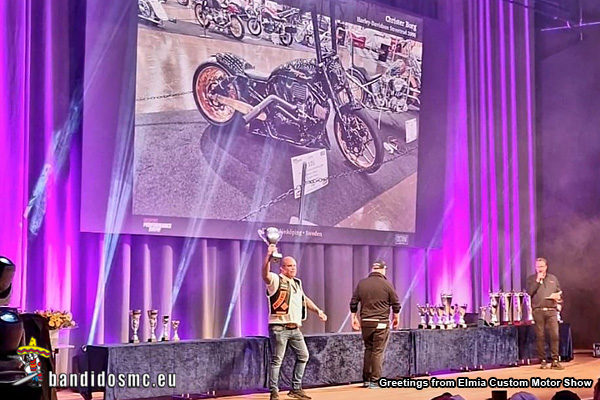 NVP Bandido Crille 1 %er is very active in the biker community in Sweden. His interest in Harley Davidson is, among other things, expressed by rebuilding bikes. For many years he has been building Harley Davidson’s and exhibited them at competitions. One of these bikes is a Harley Davidson Street Rod 2006 that he spent one year rebuilding. 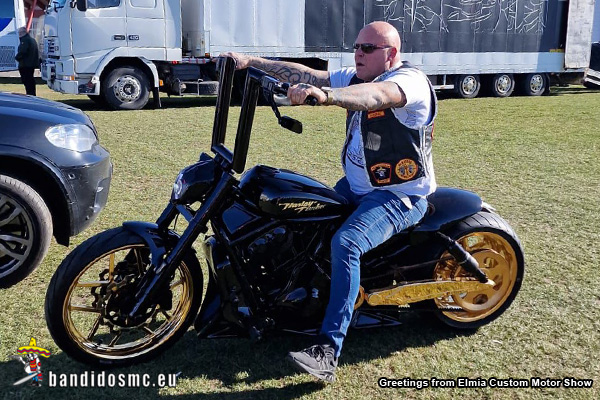 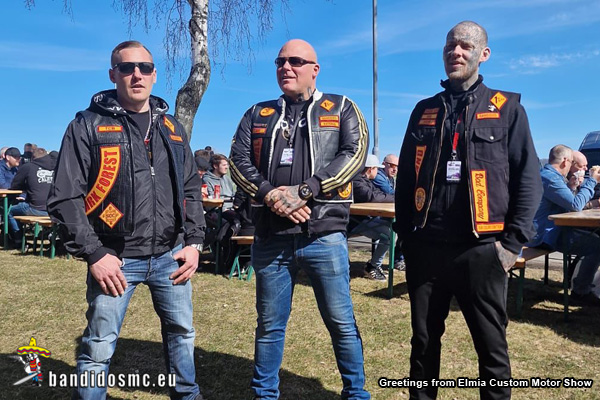 The biggest bike show in Scandinavia is Elmia Custom Motor Show in the Swedish city Jonkoping, that took place Friday 15 April until Monday 18 April this year. NVP Bandido Crille 1%er arrived at the bike show on Friday and portrayed his bike at the exhibition. His bike was accompanied by several beautiful bikes displayed by other bike builders. 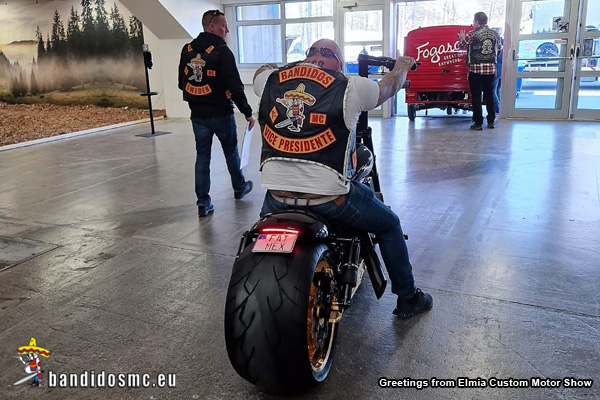 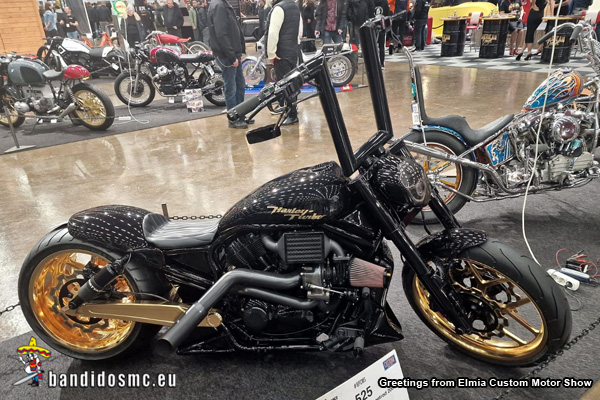 On Monday 18 April the winner was announced: NVP Bandido Crille 1 %er. He entered the stage and received the well-deserved reward of a big first price trophy. Loud cheers and applauds from the crowd filled the big room when NVP Bandido Crille 1%er lifted the trophy over his head. After receiving the award he walked off the stage to his bike and let magazines shoot photographs of him and his award-winning bike. Our bikes and our brotherhood are our life. Bandidos Forever Forever Bandidos. 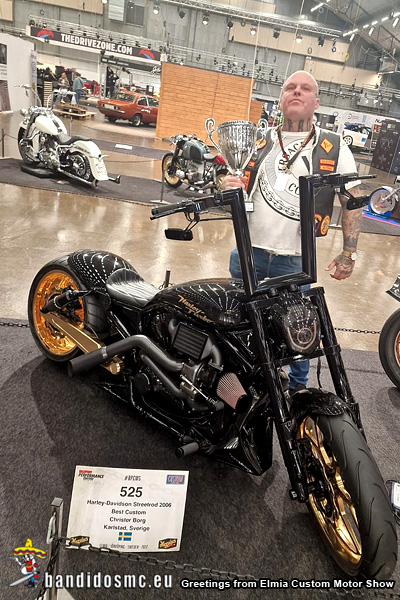 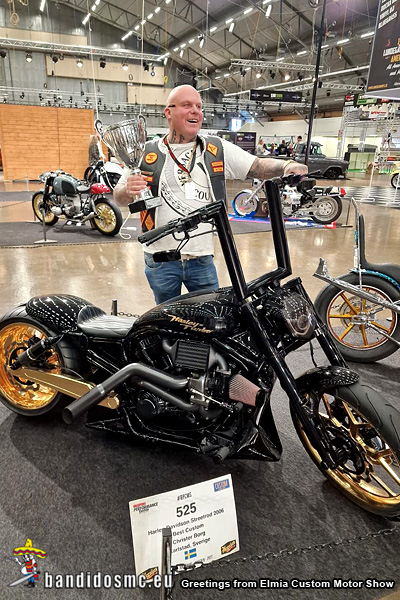