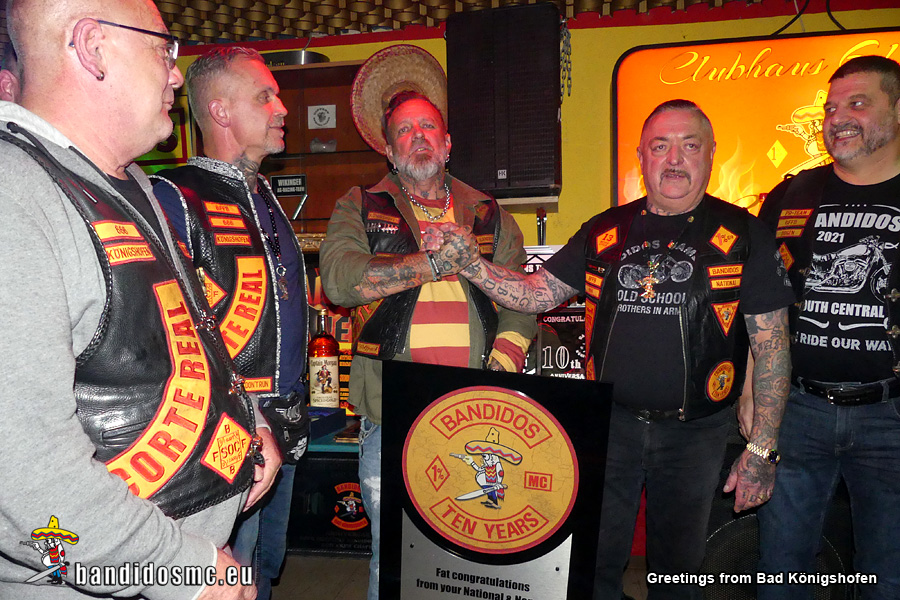 10-Years-Anniversary Bad Königshofen: The party’s not over anytime soon!

Persistent continuity, sustainable perseverance, permanent passion and an everlasting strive for more – that’s precisely the attitude of Bandido MC’s Brotherhood. So when the guys of today’s Chapter Bad Königshofen recognised ten years ago that they have what’s needed, the decision was made – and it was the right decision! Moreover, they brought a great deal of experience with them. Back in 1983, President Bandido Olli1%er founded the Wikinger CO, which was joined five years later by his today’s Vice President, followed by the current Sergeant at Arms. 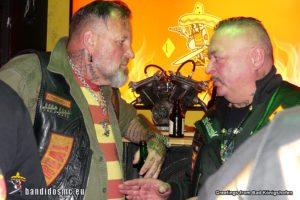 Since 1997 they reside in their clubhouse where numerous parties have been hosted, which is why one always enjoys a perfection of hospitality, as proved again at the 10th-anniversary celebration on Saturday, October 23rd. After an intermediate episode in another Club for some years, they were ripe for joining the Championsleague as Bandidos Prospect Chapter in 2010. 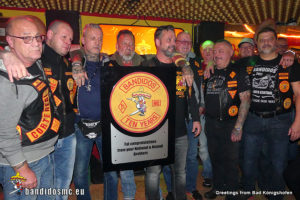 Unfortunately the end of 2016, they had to bid farewell to Bandido Arni1%er as fate made him to change to the Forever Chapter. However, his spirit is always present in Clubhouse El Paso. 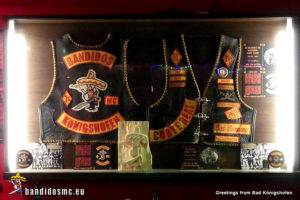 At the well-frequented anniversary party, the atmosphere was at its peak all the time, which – of course – was primarily due to an outstanding audience, but further supported by excellent food, the cocktail bar staffed by outright beauties and, last but not least, varied music that left nothing to be desired for any taste. 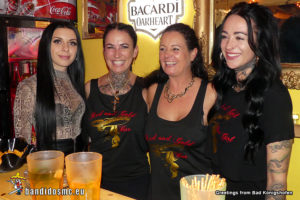 One of the countless highlights was when five Chapter members were called to the stage by standing ovations and received their 10-Years-Patch. Three former members of the previous Wikinger CO are still supporting the Chapter as today’s members of Gringos MC. 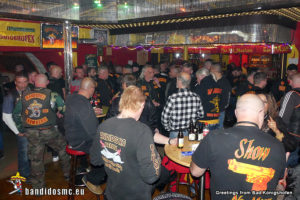 President Bandido Olli1%er put it somehow metaphorically: “Anyone who knows me presumably will be aware that the party’s not over anytime soon – the games have only just begun!” 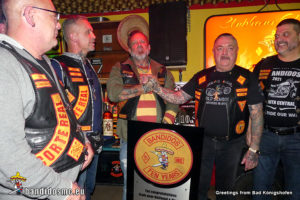 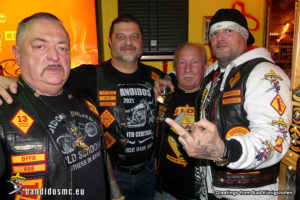