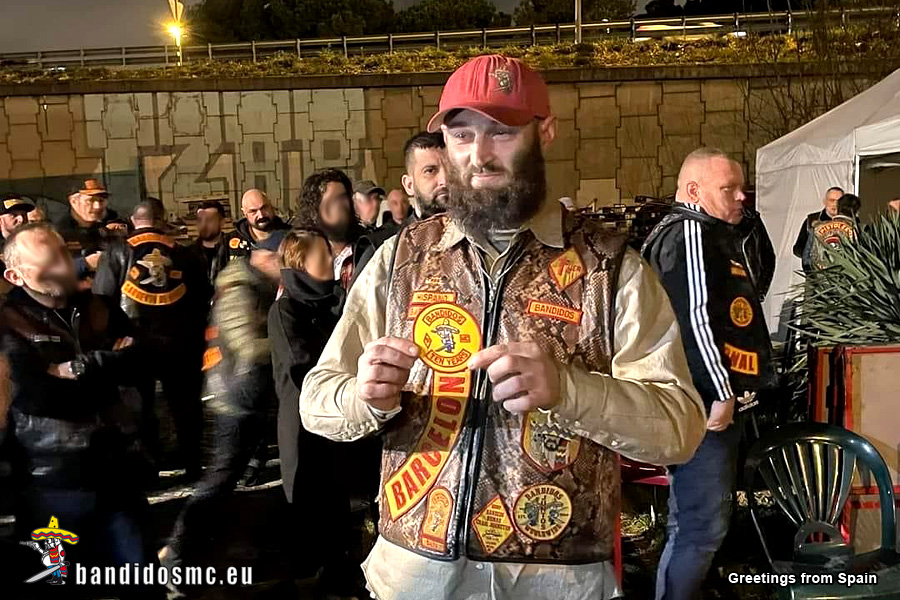 Spring 2022 provided an event of perticular significance for the South End Federation of Bandidos MC.The time has come to celebrate the 10th anniversary of the Bandidos MC Barcelona Chapter. 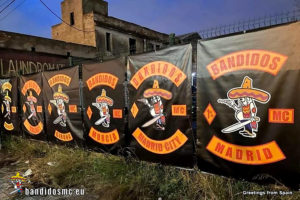 Already during the entire week, brothers and their families but also supporters from all parts of Europe were traveling to the beautiful city of Barcelona, seizing that opportunity for spending an awesome time with the Brothers.On the day of the big event, already by the early afternoon, the center and the clubhouse of the Bandidos MC Barcelona was filled with numerous guests.There was plenty of food, cold drinks of all kinds and stylish musical surroundings. The weather was on our side, so the numerous guests from all over europe felt very comfortable both in the clubhouse and in the outdoor area. 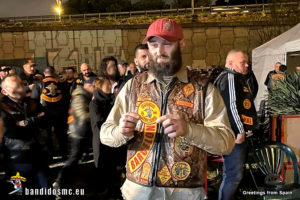 The highlight of the evening was, of course, the speech by our Europe Presidente Bandido Kok 1%er and our National Vice Presidente Bandido Tom 1%er, who paid homage to the Barcelona Chapter as well as to the Brothers Bandido George 1%er and Bandido Gordo 1%er receiving their 10-years-Patches for their longstanding loyalty in our great family. Moreover, the Barcelona Chapter handed over a special gift to the founder of our club in Spain, National Vice Presidente Bandido Tapsa 1%er. Without any doubt an excellent and unforgettable moment for everyone witnessing that ceremony. Noteworthy on the occasion of that anniversary in Barcelona, the Spanish brothers could present a huge amount of donation items collected to support the families of our Ukrainian brothers who have found shelter in Germany. Already during the ongoing event, the first two transportations with goods from Spain to Germany started. A big thank you to all Chapters and friends of the Bandidos MC South End Federation who contributed to that charity collection. 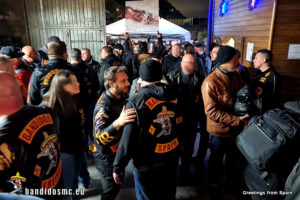 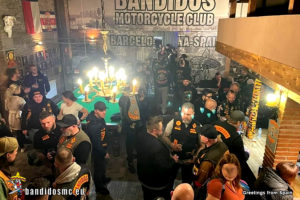 A long night of party was not finished before the morning hours of Sunday when Chapter Barcelona said farewell to his guests accompanied by the best wishes for a healthy and safe return home. Barcelona and the other Spain chpaters are looking forward to seeing all brothers again soon at the upcoming events of our chapters in spain and at our spain run 2022 at chapter murcia.